Home Lifestyle The Male Chastity Lifestyle and Your Emotions 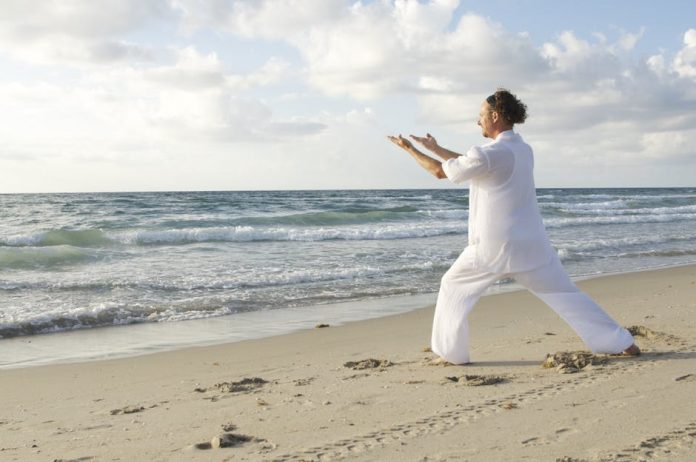 A common misapprehension about the male chastity lifestyle is it’s about just two things: sex and submission. And while this may well be the main concern for some people, in my experience, both in my own life and with men and women I’ve spoken to about this, the truth is usually somewhat different. There’s no doubt most relationships when they settle down to the nitty-gritty of real, mundane life experience a marked reduction in sexual activity, both in terms of frequency and duration. What’s more, our sheer, naked lust tends to tail off so, unless we make a concerted effort for it to be otherwise, we become generally less adventurous, too. In some couples sex actually becomes, in the words of many a woman, “a chore“.

Now, it’d be a mistake to think that simply having more sex is the answer. It can be, to be sure, but even this is harder than it sounds. Having hot, bed-breaking, mattress-splitting sex when you’re “making” yourself do it hoping to boot-strap things is no mean feat. And this is where the male chastity lifestyle can make a real difference, although not necessarily just for the reasons you might think. It’s true your man is going to be hornier because he’s having fewer orgasms. Not only that, but because he’s having to please you in other ways, he’s going to be even hornier than he’d be if he was just deprived of his orgasms (you won’t believe how turned on your man is going to get when he’s pleasing you with his tongue, and the knowledge his own orgasm is not on the cards is in the forefront of his mind).

But the real benefit and the reason you hear all the stories about how loving, attentive and lustful your man becomes is the emotions it sparks in both of you. You see, what you’re doing, among other things, is recapturing the early-days’ intimacy. That in turn ramps up all those yummy emotions: love, attraction, warmth, fun, and all the rest of it.

The second part of the common misapprehension is submission. Not all men become submissive when they embrace the male chastity lifestyle. Some do, of course, and some women like that. But in my experience, again, most men don’t, which is just as well because most women don’t like it. What we do like is a man who’s considerate, confident, loving, caring and attentive but without being weak, pestering and like a big, spoiled child. Most unattractive, right, girls?

Now, a woman’s emotions tend to be more complex than a man’s. And when you first embrace the male chastity lifestyle they can be very fragile and changeable because you’re not quite sure what to expect. On the one hand, you’re perhaps nervous: despite reading this article, despite your partner’s assurances, you’re still not sure he’s not a bit… weird. Let’s be honest. It’s all new to you, for all you know it means massive change, and you’re not 100% certain where the male chastity lifestyle is going to end up taking you both.

Yet then there’s the sheer power of your femininity!

Yes, that power rush. The same one you got when you first realised the Power of the Little Black Dress when you walked a certain way past the men who couldn’t keep their eyes off you… well, it’s like that again. When you’ve got your man worked up into such a state he doesn’t know his up from his down and he’s begging and pleading with you to be allowed to orgasm, and you know he’s not going to get mad or sulky when you say “NO!“, because it’s something he’s begged you to do to him, then you feel that rush of power.

And you can feel a bit guilty, a bit naughty, like you’ve done something you shouldn’t, like you’re enjoying something exquisitely “naughty” no “nice girl” would ever dream of. You can’t stop that feeling from sneaking up on you, but you can decide what to do about it, how to react. And the best way to react?

Enjoy it. Revel in it.

Because this hot, emotional rush is one of the major unspoken-about benefits of the male chastity lifestyle… and once you’ve tried it, you won’t want to go back to the old way of living ever again… and nor will your man.

Sarah Jameson, firm advocate of the male chastity lifestyle [http://www.malechastityblog.com/male-chastity-lifestyle] and creator of the widely renowned Male Chastity Blog [http://www.malechastityblog.com], which has been hailed as the “last word in factual, rational and wholly-real male chastity resources available today” is a happily married woman and freelance writer. She first embraced the male chastity lifestyle with her husband 2 1/2 years ago, and now writes extensively on the subject to share her experiences and help educate other couples about this deeply satisfying but frequently misunderstood way of life.