Home Lifestyle The Male Chastity Lifestyle and How to Make it Fun! 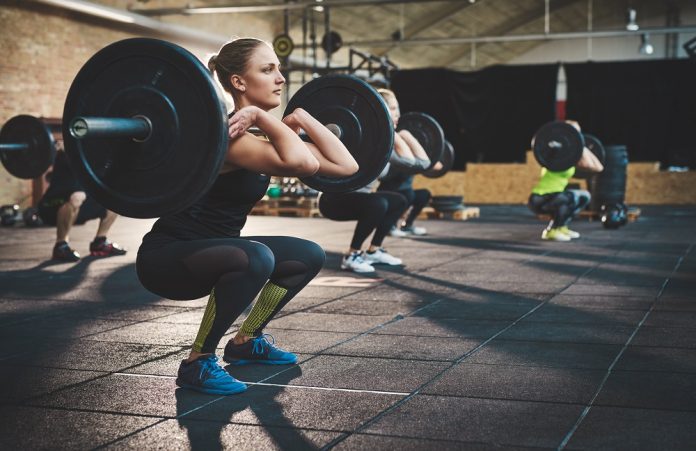 It is my opinion and observation that many couples take the male chastity lifestyle far too seriously. Or, rather, they’re too solemn about it since as British comedian John Cleese once pointed out, the opposite of fun isn’t serious; it’s solemn.

And while I think being serious about how you treat it is perhaps a good thing (after all, having your penis and testicles locked up in, say, a stainless-steel chastity belt is a pretty serious business, as indeed is their health and safety and insisting on regular cleaning and inspection).

Looked at like that, it’s nothing short of hilarious – and if we can’t see the funny side, then we’re not going to enjoy that side of our lives very much. When I was a young woman, new to sex, the first time I heard that sudden, rasping escape of air from my nether regions, I wanted to die. I was SO embarrassed. I actually finished with my boyfriend of the time because I was so embarrassed.

But now, some (mumble) years on, I realize it’s actually amusing, something for you both to laugh at.

And the male chastity lifestyle is no different!

For a start, getting a chastity device or belt on is not always quick and easy. It is lovely to imagine you can get him all hot and steamy and quickly slip it onto him with a flick of the wrist, but you’re ignoring some simple laws of physics here. In the same way a square peg won’t go into a round hole, an erect throbbing penis won’t go into a narrow tube without lube, concentration and, as often as not, a few ice-cubes.

And you’ll find the male chastity lifestyle is full of these amusing (if you’ll let them be amusing) little quirks and hiccoughs.

For example, he might find it a solemn occasion when he goes down on his knees and begs you to take his key, but, frankly, it’s actually pretty funny. I don’t mean you’re laughing at him per se but you’re laughing at yourself, the two of you and the whole situation.

And if you’re both being solemn about it and you get the urge to giggle, well… it’s like laughing at a funeral. No one’s happy and it tends to spoil the occasion.

But it won’t if you…

Lighten up and realize the male chastity lifestyle is supposed to be fun!

Serious fun, yes; but fun all the same. And then there are the devices themselves. Some of them actually do look pretty hot. I think the stainless-steel belts like the Tollyboy look fantastic on a man. But some of them look frankly silly when seen objectively, just as sex itself is funny and faintly ridiculous when you’re looking at it dispassionately.

Yet, I think the real danger of allowing solemnity to creep in is when you really want it to be serious and fun, like when he’s starting to get desperate to orgasm and it is, in all truth, becoming difficult for him.

Then you have two choices: be solemn, and get mad at him; or be serious and fun and gently remind him of why you’re both doing this and with love and compassion, coax him through these difficult times.

A little compassion goes a long way in the male chastity lifestyle as it does in every other walk of life. You can be loving and compassionate and keep that sense of serious fun and yet still be strict in your demands. You can have fun and laugh with him rather than at him without having to give in at the first hint of a moan, gripe or complaint.

You can just be YOU

Sarah Jameson, firm advocate of the strictest possible though compassionate and loving male chastity lifestyle [http://www.malechastityblog.com/male-chastity-lifestyle-and-compassion/], as well as the creator and host of the Male Chastity Blog [http://www.malechastityblog.com], is a happily married woman and freelance writer. She first discovered the joy and profound pleasure of the male chastity lifestyle with her husband 2 1/2 years ago, and now writes extensively on the subject to share her experiences and help educate other couples about this deeply satisfying but poorly understood lifestyle.