Home Lifestyle Cheryl Antier on Creating Her Lifestyle Design and Moving to the South... 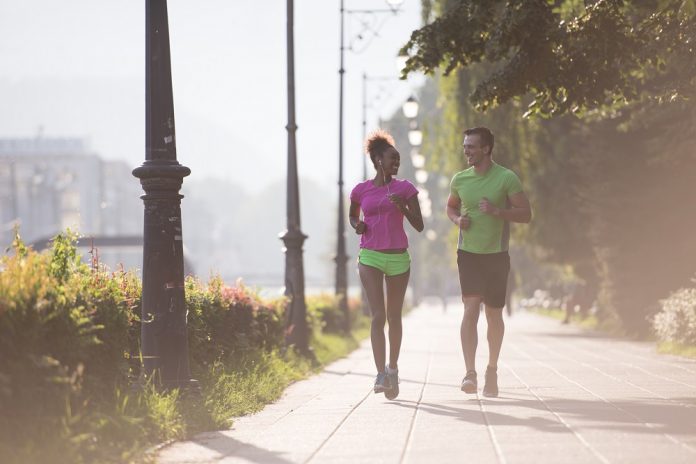 Many of us could only dream about living the life we have always wanted and a lot of us cannot seem to figure out how to do it and where to start. This, my friends, is what lifestyle design is all about. I think it is pretty safe to say that not a lot of people are familiar with this concept.

To further understand what lifestyle design is all about and how it works, I have had the opportunity to interview what I would call a self-made woman, mother and accomplished internet business entrepreneur. Her name is Cheryl Antier and I would say that I have learned a lot talking to her. She has opened herself up to us and shared her valuable experiences in the field of lifestyle design.

She has succeeded in creating and designing the lifestyle she had always dreamed of which was to earn and have a passive income, live in France, travel around the world and escape the stressful demands of having a regular day job and working behind a desk.

This was actually the life she lived 6 years ago. She had a regular job, bills to pay and a family to look out for. As a child, she had always dreamed of travelling all over the world and living in France. It is kind of sad that what prompted her to finally pursue her dream was the death of her husband. She was left with a couple of sons to care for, a house payment, mortgage, and medical expenses since her husband had been sick for a long time. She was suddenly faced with all these challenges that she finally decided that she has had enough of it.

Big things start from small beginnings and it has not been an easy start for Cheryl. She initially started by spending a year on the internet learning what she could and tried to set up an internet business. She ended up spending thousands of dollars but unfortunately, nothing became of it. By some stroke of luck, she landed a job online as a writer/internet marketer. She was given the task of writing special reports and after writing 12 of them, she said she had learned two important things.

The first thing she learned was that it was possible to make money online and that she could do it by learning how to create more than one income stream because having only one would not be enough. She jokingly said that the second thing she learned was that, it does not matter how much somebody pays her, she will never ever write about golf again.

She started doing several different things at that point and writing grants was one of them. She also got involved in mentoring her local vocational rehab organization that sent her clients that was composed of small business owners who needed her help in getting grant money. This experience actually taught her a lot and, on writing her third grant, she decided to use what she had learned to earn some money for herself and that was what she did. Soon enough, she was able to save some money to be able to move her family to France.

This was a major move and just like all major decisions, she was faced with a lot of anxieties that not only affected her; it had the most impact on her sons who were only 12 and 14 years old. It was very hard for them to leave their dog who incidentally gave birth to 9 puppies at that time. To them, that was probably the hardest thing. It was even harder than leaving their family and friends. Another problem they had was that, none of them spoke French.

They initially settled in St. Tropez and from my previous experience, I would say that St. Tropez is the ultimate place you would want to be if partying non-stop is your thing. It is a place of excess indulgence and the display of wealth is just unbelievable! Eventually, Cheryl realized that this was not the ideal environment for her to raise her children so they moved to Toulon which is just a couple of hours away from St. Tropez.

Toulon is a beautiful city which has around 25 amazing fountains from the 15th to the 18th century. They have little squares that are made of marble, surrounded by sidewalk cafes, concerts, their own Opera House that was designed by the same architect who built the Paris Opera House, theatre, two music festivals every year, concerts, open air market and the harbor. The place she is renting is just a 15-minute walk to the beach. Everything they need is within walking distance so they do not use their car that often.

If you love the outdoors, you would never run out of things to do. Toulon has a bike pass; you can go hiking, mountain climbing, visit museums and the cultural center. It is an amazing city. What is really cool about it though is that they are in the French Riviera but it is still an undiscovered city. Prices are not expensive and you can actually find a flat that you could rent at around 150 Euros. You can also find a lot of beautiful villas up along the top part of Mount Faron and you will be surprised at how affordable they are.

Living in France does have its perks. I have been told that people there work for about 35 hours a week and with the kind of passive income she has, she admits to working a little less than that. People with regular jobs get six weeks of paid vacation. Mothers get 4 months of paid maternity leave and not only that, you do not have to worry about not having a job to get back to because your job is guaranteed to be held for you until you come back. At the moment, Cheryl still writes and enjoys taking 4 and a half months of vacation every year. She is working on being able to do it for 6 months every year by 2012 which I think is pretty much possible.

For an American living in France, these perks are not limited to only the French. It is possible for an American to buy insurance. Everybody is covered by Social Security but it does not pay everything. They sometimes pay 50% or 70% but you can buy extra insurance. She is paying 60 Euros for the 3 of them and it covers full medical, full dental and eye care expenses. It would cost 20 Euros to see the doctor who also does house calls. That is how great the French HealthCare system is.

Cheryl shares that you do not have to be a millionaire to live a jet set lifestyle. The jet set lifestyle is a little bit different from how we normally perceive the lives we live and the first thing that you have to do to achieve it is; you have to figure out your end vision. What it is that you want to do? Once you have done that, hold on to that dream, give it everything you got, be willing to take some calculated risks and have faith in what you do.