Home Yoga The History of Yoga and Its Different Philosophies 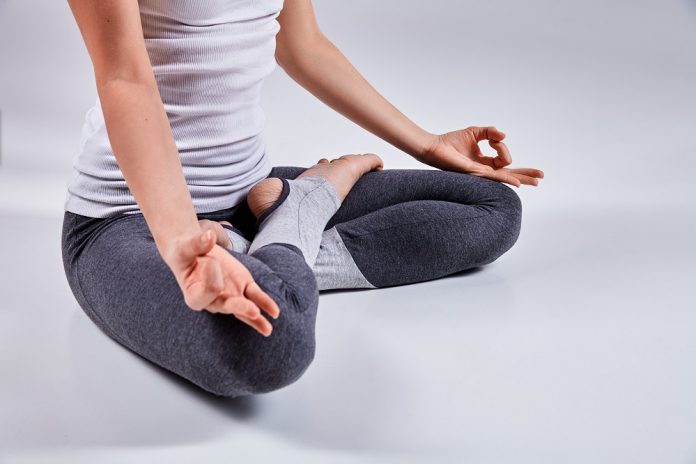 Yoga, in today’s world has become a commodity and something of a statement. Arguably India’s greatest cultural export, yoga has morphed into a mass culture phenomenon. All our popular assumptions about this ancient science actually date back to the last 100 -odd years. Yoga has been subjected to reinventions for thousands of years. Yoga, today involves a complex regimen of postures (asanas) – that are either held for a long duration of time or are executed in a rapid manner – along with breath control (pranayamas). However, the ancient Hindu texts, like Bhagvad Gita and the Yoga Sutras of Patanjali make no mention of body postures and breathe control. They have laid more stress on the theory and practice of meditation (dhyana).

So, what are we missing here? How did Yoga undergo such a transformation since its use in the classical scriptures? To understand this, let us have a brief look at the history of yoga.

The word Yoga was first mentioned in the oldest sacred Hindu scriptures, The Vedas. The Vedas are a collection of texts that describe rituals, hymns, mantras and songs to be used by Brahmans, or the Vedic priests. The first mention of the term yoga was found in a hymn to the Sun-God in the Rig Veda (1700-500 BCE). The Vedas were known to contain the oldest known Yogic teachings and these teachings found in the Vedas are called Vedic Yoga. This is characterized by rituals and ceremonies that strive to surpass the limitations of the mind. During the period of Vedic Yoga, people practiced the ritualistic way of life. Various rituals, ceremonies and sacrifices were considered as a means to connect to the spiritual world.

The vedic priests or the Brahmanas, redefined and developed the yoga and they then documented their beliefs and practices in the Upanishads. Upanishads are a huge work that contains more than 200 scriptures. Upanishads changed the idea of ritual sacrifice of Vedas and taught the principles of sacrificing the ego through a medium of self-knowledge, action (Karma yoga) and wisdom (Jnana yoga). Upanishads also introduced the acoustic spells, most prominent amongst them being, ‘OM’, which is the spell of the Supreme Being.

Yoga also shares some characteristics with Buddhism. In the 6th century, Buddha started teaching Buddhism, which laid stress on meditation and the science of asanas. It was during this period that a number of principles of yoga theory and practice were formulated. Siddharth Gautam, was the first Buddhist to practice yoga and he became the “Awakened” or “Enlightened” One (Buddha), and so was liberated from future rebirths, realizing the extinction of suffering (nirvana) at the end of his life at the age of 35. Amongst the Indian religious groups, the Jains were the last ones to inculcate the teachings of Yoga. In 1200 BC, the great Jain teacher Rishaba, who was the exponent of the tradition of Jainism, emphasized on the principles defined by yoga, which involved efforts dedicated to the liberation of the spirit.

Later, around 500 BC, the Bhagvad Gita was scripted. Today, it is one of the oldest scriptures that define the yoga. The Gita is mainly result of the conversation that takes place between Prince Arjuna and Lord Krishna. The Gita mainly states that, our life should be filled with actions, irrespective of the rewards to be gained. Our actions have to free from the ego and be benign in nature. The Bhagvad Gita had reiterated the doctrines found in the Upanishads. Gita states that, each man should follow Bhakti (devotion), Jnana (Knowledge) and Karma (selfless actions). Teachings in the Bhadvad Gita strive to bring about unification between the Bhakti Yoga, Jnana Yoga and Karma Yoga – stating that each is responsible for the other.

The classical period is mainly marked by the creation of the Yoga sutras By Sage Patanjali in the 2nd century. It is composed of 195 aphorisms or sutras (from the Sanskrit word i.e., thread) that explain the Raja Yoga or the Classical yoga and its underlying principle, Patanjali’s Eightfold path of ‘Ashtanga Yoga’ (Eight Limbs of Classical Yoga). Patanjali’s sutras are the first compilation of the yoga philosophy.

Sage Patanjali believed that each individual is a composed of matter (prakriti) and spirit (purusha). He further believed that the two must be separated in order to cleanse the spirit – a stark contrast to Vedic and Pre-Classical Yoga that signify the union of body and spirit.

In this period, yogic principles underwent a sea-change. Here yoga no longer tries to liberate the person from reality but teaches a person to accept the present and live in it. This period asserts the teachings of Vedanta (philosophical system based on the teachings of the Upanishads), that there is fundamental unity in everything in the universe. In this period, yogis began to exploit the hidden power of the human body. As a result, yogic masters designed many new techniques that would lead to healthy bodies and prolong life. Hatha Yoga was a product of such teachings, which is now practiced widely in the world.

Yoga came to the attention of an educated western public in the mid- 19th century along with other topics of Indian philosophy, when yoga masters started travelling to West and attracting attention and following. The first Hindu teacher to actively promote and broadcast various aspects of yoga to the western audience was Swami Vivekananda. He had come to deliver a talk in The Parliament of Religions, Chicago, in 1893. During his talk, Swami Vivekananda, a disciple of Saint Ramakrishna, addressed the gathering as, ‘Brothers and Sisters of America”. Through these words, he attracted many students to yoga.

In the early 21st century, Hatha Yoga was strongly practiced and followed in India due to the works of T. Krishnamacharya, Swami Sivananda and other yogis practicing Hatha Yoga. In was during 1930s and 40s, that Yoga gained more public acceptance due to its celebrity endorsement. In 1965, Shrila Prabhupada came to the United States and founded the International Society for Krishna Consciousness (ISKON). He spread a movement based on Bhakthi Yoga (yoga of devotion).

Is Yoga Good For Your Spine?

Why Rishikesh Is Best for Yoga Teacher Training

Ashram Yoga – The Spiritual Tradition of Yoga From Past to Present